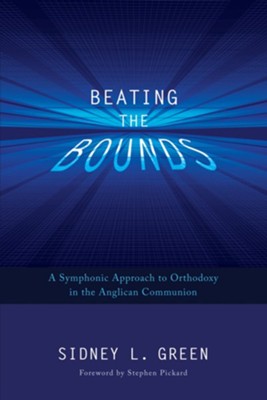 Beating the Bounds: A Symphonic Approach to Orthodoxy in the Anglican Communion - eBook

▼▲
Using the form of the classical symphony as an analytical and critical tool, Sidney Green examines the concepts of orthodoxy and heresy and their historical development in the Christian church and applies those to the confessional approach of the Global Anglican Future Conference (GAFCON). Using examples from history of the early church, the Reformation, and the contemporary emerging church, Green examines how the concept of boundaries and the exercise of ecclesiastical authority have been applied. Contemporary attempts to respond to the postmodern paradigm producing a neo-dynamic view of orthodoxy, including radical ideas in the area of sexuality, are examined. Recognizing a dynamism in Anglican orthodoxy that is still very much alive alongside present attempts of conservative minorities to impose their view on the Communion--sometimes by very devious means--the distinctives of Anglican ecclesiology are discussed in the belief that ecclesiology is the outward expression of what theologically undergirds Anglican orthodoxy. Current attempts to bring harmony and stability in place of fracture and dissonance culminating in the suggestion of an Anglican Covenant are examined. Possible alternate ways forward are suggested centered on the primacy of love.

▼▲
Sidney Green (ThD, Tabor College, Adelaide) is an Anglican priest and has ministered for over forty years in a wide range of parishes and school ministry in the UK and Australia.

▼▲
I'm the author/artist and I want to review Beating the Bounds: A Symphonic Approach to Orthodoxy in the Anglican Communion - eBook.
Back
Back