Skip to main content
Marks of the Beast: The Left Behind Novels and the Struggle for Evangelical Identity
By: Glenn W. Shuck, Kelly Gates
Stock No: WW740057 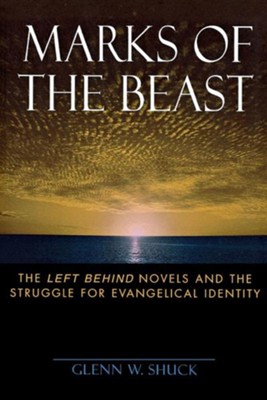 Marks of the Beast: The Left Behind Novels and the Struggle for Evangelical Identity

▼▲
The Left Behind series by Tim LaHaye and Jerry B. Jenkins has become a popular culture phenomenon, selling an astonishing 40 million copies to date. These novels, written by two well-known evangelical Christians, depict the experiences of those left behind in the aftermath of the Rapture, when Christ removes true believers, leaving everyone else to suffer seven years of Tribulation under Satan's proxy, Antichrist. unprecedented appeal, assessing why the novels have achieved a status within the evangelical community even greater than Hal Lindsey's 1970 blockbuster The Late Great Planet Earth. It also explores what we can learn from them about evangelical Christianity in America. Shuck finds that, ironically, the series not only reflects contemporary trends within conservative evangelicalism but also encourages readers - especially evangelicals - to embrace solutions that enact, rather than engage, their fears. Most strikingly, he shows how the ultimate vision put forth by the series' authors inadvertently undermines itself as the series unfolds.

▼▲
I'm the author/artist and I want to review Marks of the Beast: The Left Behind Novels and the Struggle for Evangelical Identity.
Back