Skip to main content
Bearings: Getting Our Bearings Again in the Light of the Gospel
Edited By: Dave Andrews, Helen Beazley
By: Various Contributors
Stock No: WW978545 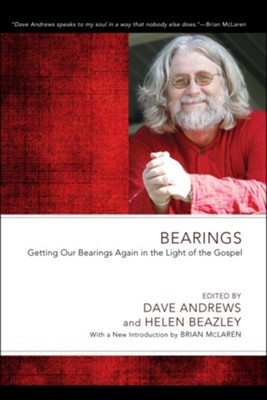 Bearings: Getting Our Bearings Again in the Light of the Gospel

▼▲
Synopsis: How does Jesus, and the ancient Scriptures he held sacred, help us get our bearings in this multifarious, complicated, conflicted, and increasingly endangered planet? First, seek theological insight that can guide our practice. In "Navigating the Meanings of Being a Christian," Mark Deleaney invites us on his journey of theological reflection twenty years after his certainties were shaken by a life-changing encounter in an Indian slum. In "Evangelism in a Pluralist Society," Ross Farley applies his experience of evangelism in sensitive contexts to a careful review of evangelism in the New Testament and finds that what we call evangelism bears little relationship to the Gospel and Acts. On the subject of HIV epidemics, Greg Manning and Dave Andrews have joined the struggle to reduce HIV infection rates and witnessed the stigmatization of vulnerable people based on misapplied Christian moral teaching. In "Supporting HIV Prevention as People of Faith," they consider the Sermon on the Mount as a valuable framework for dealing sensitively and effectively with people vulnerable to HIV infection. Second, critically reflect on possible distortions that come from our own perspectives. In his essay "Liberation Theologians Speak to Evangelicals," Charles Ringma shows how Liberation Theologians can shed light on the inadequacies of the evangelical movement in its perspective on God's love for the poor. Helen Beazley's essay "Antidote for a Poisoned Planet?" examines whether stewardship--the dominant framework informing evangelical perspectives on the environment--can alone radically reorient Christians in their relationship to creation so necessary for its renewal. Third, look for the challenges in the Bible that critique our current orientations and call us to be reconverted. In "An Evangelical Approach to Interfaith Engagement," Dave Andrews takes one of our most precious articles of exclusive faith, "Jesus is the Way," and makes it a framework for inclusive interfaith dialogue by exploring the "Way" that Jesus in the Gospels advocated engaging with people from other traditions and religions. In "Australia--Whose Land?" Peter Adams allows himself to be utterly transformed by the Bible's clear ethical teaching, which, he convincingly argues, must be applied in all its fullness to the injustice of Europeans towards indigenous Australians. Author Biography: Dave Andrews is an Australian Christian anarchist author, speaker, social activist, and community worker who, along with his wife, Ange, and their family have lived and worked in intentional communities with marginalized groups of people in Australia, Afghanistan, Pakistan and India for over forty years. Along with friends, Dave and Ange started Aashiana, Sahara, and Sharan--three Christian community organizations working with slum dwellers, sex workers, and people with HIV/AIDS in India. He is also a part of Waiters Union, an inner-city Christian community network working with Indigenous Australians, refugees and people with disabilities in Australia. Dave is also an Elder for Servants to Asia's Urban Poor, an educator for TEAR Australia, a Christian international aid and development agency, and a lecturer at the University of Queensland and Christian Heritage College.

▼▲
I'm the author/artist and I want to review Bearings: Getting Our Bearings Again in the Light of the Gospel.
Back