We are OPEN and SHIPPING - click here for shipping estimates
Beans on the Roof - eBook
By: Betsy Byars
Illustrated By: Melodye Rosales 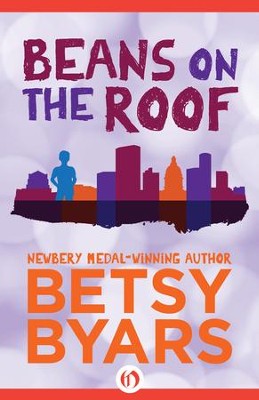 Beans on the Roof - eBook

▼▲
Anna Bean goes to the roof in search of inspiration, and soon her family will follow her into a new world just a few floors above their home
The Bean children are not allowed to play on the roof of their apartment building. One evening Anna Bean goes up to the roof—not to play, but to be alone so she can write a poem for school. Her poetry writing fever is contagious; one by one, the rest of the Bean family visits the roof to write amongst pigeons and tall buildings—all except George, who can’t think of anything to write about. Beans on the Roof is a wonderful, inspiring story for young readers with a passion for creative writing.
This ebook features an illustrated biography of Betsy Byars including rare images from the author’s personal collection.

Images from previously published versions of this content have been removed to avoid copyright infringement.

▼▲
Betsy Byars (b. 1928) is an award-winning American author of more than fifty children’s and young adult titles, including The Summer of the Swans (1970), which earned her the Newbery Medal. She has also received a National Book Award for The Night Swimmers (1980) and an Edgar Award for Wanted . . . Mud Blossom (1991). Byars began writing in college and submitted stories to magazines while raising four children. Her first novel, Clementine, was published in 1962, and in the decades since, she became one of America’s best-loved authors for young readers, with popular series including Bingo Brown and the Blossom Family stories. Byars and her husband, Ed, are both licensed aircraft pilots and live above their own private hangar on an airstrip in Seneca, South Carolina.

▼▲
"Byars’ fine ear for dialogue among siblings and deft characterizations . . . make a book that should be a first choice among children just beginning chapter books, as well as reluctant readers." —School Library Journal