We are OPEN and SHIPPING - click here for shipping estimates
PRE-SUMMER CYBER SALE: Shop over 2,500 items up to 90% off through 5/26 >
Battered Child, Broken Man: Thrown in to Die and Lived to Tell Why!
By: Bill Ramsey 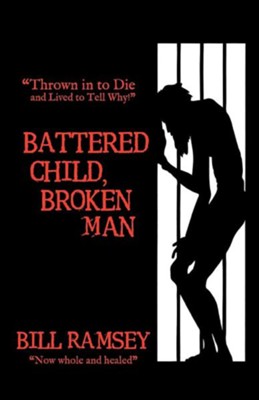 Battered Child, Broken Man: Thrown in to Die and Lived to Tell Why!

Battered Child, Broken Man is a record of the legacy of restoration resulting from God's redemptive hand of grace touching one man's broken life. Reverend William H. Ramsey was not always a minister. Coming from an abusive home, Bill joined the military in hopes of a better life, but in the Vietnam War, there was nothing for him but destruction. His life after the navy was littered by prison, alcoholism, and a broken marriage. After the divorce, he gave up on himself, quit his job, and ended up hitting rock bottom.

Just as the candle of hope began to flicker its last shimmer in Bill's mind, something beyond that time and place occurred. He met a tenacious woman who had compassion for him and led him to follow Christ despite his many flaws. Bill fell in love with her and her daughter, and became a loving father to all his children. Eventually, he found himself doing what he never thought he would do, walking back through the doors of a prison. Only this time, he was there to sow rather than reap. After going through all the pain and hardship brought on him by the poor choices he made, Bill desired greatly to illuminate the lies and deceit that almost led him to his demise with the good news of the Gospels. Included in this book are many of the stories of those who have been touched by Bill's decision to go back into what was once his cage to bring the light of hope in a dark place.

▼▲
I'm the author/artist and I want to review Battered Child, Broken Man: Thrown in to Die and Lived to Tell Why!.
Back
×