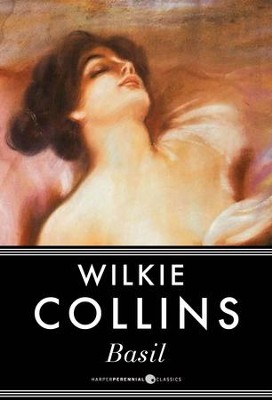 When a young aristocrat negotiates a secret marriage to a seventeen-year-old girl, he assents to her father’s condition that they not live together for the first year. However, the consequences are tragic for all involved when, the year almost up, Basil catches his bride in a compromising position.

A story of love at first sight, Basil was the second novel from Victorian author Wilkie Collins, best-known for The Woman in White. A 1998 film adaptation starred Academy Award-winner Jared Leto as Basil and Claire Forlani (Meet Joe Black) as his young wife.

Wilkie Collins (January 8, 1824-September 23, 1889) was the author of thirty novels, more than sixty short stories, fourteen plays (including an adaptation of The Moonstone), and more than one hundred nonfiction pieces. His best-known works are The Woman in White, The Moonstone, Armadale, and No Name.

▼▲
I'm the author/artist and I want to review Basil - eBook.
Back
Back