Skip to main content
A Basic Plan for the Development of Haiti
By: Roberson Alceus
Stock No: WW046658 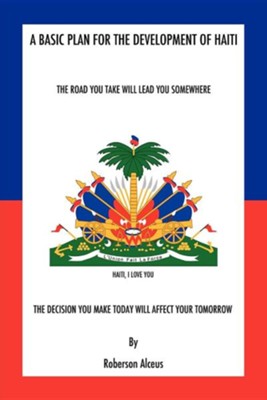 A Basic Plan for the Development of Haiti

▼▲
I was born in the North West of Haiti, and I moved to the United Stated in 1988. From there, I earned a Bachelor degree in Business Administration at Emmanuel College in 2003, a Master degree in Art of Religion with a focus in Church Ministries at Liberty University in 2009, President and founder of Wind of Deliverance since 2007. In 2006 I had developed an Address System that's compatible for Haiti. That is an outstanding creation, which covered every corner of Haiti. But I was discouraged to share my project with the Haiti Government, because there was uncertainty in the country. After the 2010 earthquake happened, the image of the country has tarnished further. I feel like, I should no longer be silent. My love for the country has compelled me to write this book. It has provided a stage for us to bring Haiti out of its deadlock.Anyone who wants to be part of the "Intellectual Revolution" and become member of the organization, Haitian Intercontinental Strategy Development Groups to build a better Haiti. Please email us at haitienvisionnaire@yahoo.com

▼▲
I'm the author/artist and I want to review A Basic Plan for the Development of Haiti.
Back