Skip to main content
Bartleby, the Scrivener: A Story of Wall Street - eBook
By: Herman Melville
Stock No: WW70836EB 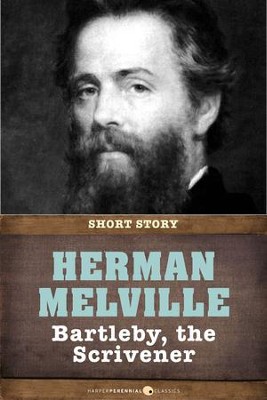 Bartleby, the Scrivener: A Story of Wall Street - eBook

An aging lawyer hires a new copyist to help with his firm’s workload, and at first he finds himself pleased with his new employee. Bartleby is quiet, efficient and he doesn’t display any of the loud eccentricities of the firm’s other two copyists, Nippers and Turkey. But one day, when the lawyer asks Bartleby if he will help him compare copies, Bartleby simply replies, “I would prefer not to.” As time goes by and Bartleby’s strange refusals multiply, the lawyer becomes increasingly dumbfounded and Bartleby’s apathy escalates into the ridiculous.

“Bartleby, the Scrivener” is an amusing tale by Herman Melville, author of Moby-Dick, which has been studied and interpreted in countless ways over the years. Some scholars claim that the character of Bartleby is a response to American transcendentalism, while others suggest that he reflects Melville’s disillusionment with his writing career. Whatever the case, “Bartleby, the Scrivener” has become one of the most famous early American short stories, paving the way for other absurdist literature of the nineteenth and twentieth centuries.

HarperCollins brings great works of literature to life in digital format, upholding the highest standards in ebook production and celebrating reading in all its forms. Look for more titles in the HarperCollins short-stories collection to build your digital library.

▼▲
I'm the author/artist and I want to review Bartleby, the Scrivener: A Story of Wall Street - eBook.
Back
Back