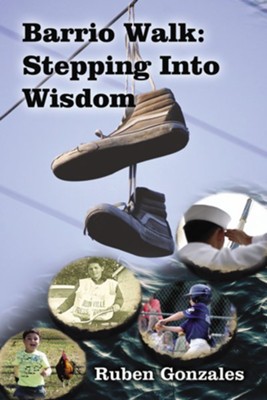 Barrio Walk: Stepping into Wisdom is about life during the late 1950's and beyond in Phoenix, AZ. It is a chronological sequence of the author's experiences that shows his simple life during his early school years. There is description of the multi-racial school environment and the interaction among students. He experiences the wrong end of a bullying incident on the school playground. He is devasted when none of his friends come to his aid. He spends his last two years of elementary at a small Catholic school.

▼▲
I'm the author/artist and I want to review Barrio Walk: Stepping Into Wisdom.
Back