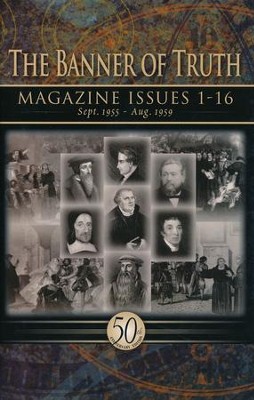 ▼▲
The 1950s saw a change of direction for numbers within evangelicalism in England. It was a return to a more doctrinal Christianity, prompted in part by a rediscovery of the Reformers and Puritans and by the contemporary witness of such men as D.M. Lloyd-Jones and J.I. Packer. Amid this change, a little magazine, first published in Oxford in 1955, worked as a catalyst and became by 1958 as publishing house reaching some forty nations.

Blemishes and weaknesses the magazine certainly had, but the call for God-centred Christianity, and for a gospel certain that all is of grace, was widely received.

▼▲
I'm the author/artist and I want to review Banner of Truth Magazine Issues 1-16.
Back
Back