Skip to main content
SPRING CYBER EVENT STARTS NOW: And it's a really BIG deal! Up to 88% off through 5/24>
Bamboozled: How Americans are being Exploited by the Lies of the Liberal Agenda - eBook
By: Angela McGlowan
Stock No: WW4628EB 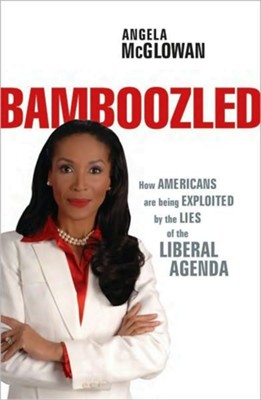 Bamboozled: How Americans are being Exploited by the Lies of the Liberal Agenda - eBook

Which political party gave rise to the Ku Klux Klan?

Which political party opposed extending the vote to women?

Which political party attempted to filibuster and kill the Civil Rights Act of 1964?

Which political party in 2007 tapped as President Pro Tempore of the Senate a former Klansman?

(Hint: It wasn't the Republicans.)

Bamboozled demolishes once and for all the lies Liberals use to manipulate and exploit Latinos, women, and blacks. Based on a mountain of research and personal interviews with top leaders and insiders, McGlowan dismantles Democrat deceptions and exposes Liberal lies, including:

Unveiling the Left's racist past and exploitative present, McGlowan points all Americans toward a bamboozle-free future.

▼▲
I'm the author/artist and I want to review Bamboozled: How Americans are being Exploited by the Lies of the Liberal Agenda - eBook.
Back
Back