Skip to main content
BIG SUMMER BLOWOUT: Over 2,000 deals ~ up to 85% off, through 8/16. Shop now >
Balthasar Hubmaier and the Clarity of Scripture: A Critical Reformation Issue - eBook
By: Graeme Ross Chatfield
Stock No: WW108345EB 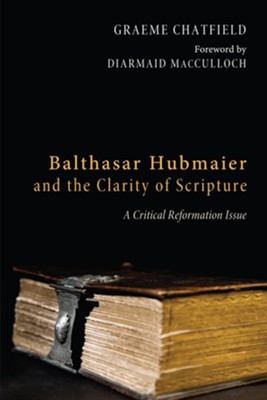 Balthasar Hubmaier and the Clarity of Scripture: A Critical Reformation Issue - eBook

▼▲
During the sixteenth century, many Reformers echoed Erasmus's claim that the Scriptures were clear, could be understood by even the lowliest servant, and should be translated into the vernacular and placed in the hands of all people. People did not require the magisterium of the Roman Catholic Church to correctly interpret the meaning of the Scriptures. However, within a few short years, the leaders of the Magisterial Reformers, Martin Luther and Huldrych Zwingli, had created their own Protestant versions of the magisterium. This work traces how the doctrine of the clarity of Scripture found expression in the writings of Balthasar Hubmaier, admirer of Erasmus and Luther, and associate of Zwingli. As Hubmaier engaged in theological debate with opponents, onetime friends, and other Anabaptists, he sought to clarify his understanding of this critical reformation doctrine. Chronologically tracing the development of Hubmaier's hermeneutic as he interacted with Erasmus, Luther, Zwingli, and Hans Denck provides a useful means of more accurately understanding his place in the matrix of the sixteenth-century Reformations.

▼▲
Graeme Chatfield is Associate Dean of the Australian College of Theology, Sydney. He taught Church History at Morling College from 1996-2007, and since 2008 has taught intensive courses in Church History and Historical Theology with TCMII in Vienna, Austria.

▼▲
I'm the author/artist and I want to review Balthasar Hubmaier and the Clarity of Scripture: A Critical Reformation Issue - eBook.
Back
Back