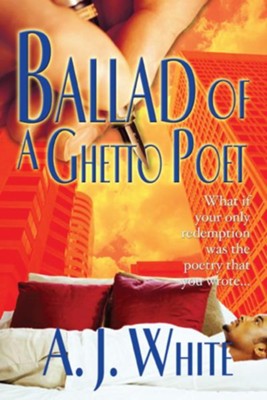 Ballad of a Ghetto Poet: A Novel - eBook

▼▲
What do you do when you are young and gifted and the world has turned its back at you? That is the wrenching question at the heart of this extraordinary novel about a seventeen-year-old street kid whose only escape is through crime -- and the redemptive power of his poetry.

Ballad of a Ghetto Poet tells the savage and lyrical story of a teenager caught in the brutal cross-fire of poverty and violence that could send him on the collision course to the cellblock -- or the grave.

Chicko Grayson is a teenager growing up on the tough streets of Richmond, Virginia, where powerty is a life sentence, and the only way out is behind the barrel of a gun.

Raised on the harsh, brutal language of the streets, Chicko hears the music of God in the poetry he writes. But God is noticeably absent when he fals in with a sly and dangerous criminal who draws Chicko and his best friends Malcolm and Junnie into the city's violent underworld of crime.

Filled with the rage and pathos of the streets, eloquent in its anquished portrait of life in the forgotten corners of the South, Ballad of a Ghetto Poet delivers a modern-day interpretation of West Side Story. This is a tragic and heroic tale of desperate hope and lost chances, and of what happens when redemption comes too late.

▼▲
I'm the author/artist and I want to review Ballad of a Ghetto Poet: A Novel - eBook.
Back
Back