Skip to main content
The Art of Balance: And New Ideas for a New Time - eBook
By: Adam Poelstra
Stock No: WW73606EB 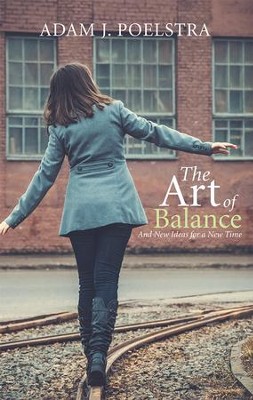 The Art of Balance: And New Ideas for a New Time - eBook

In this book, you will find an insightful look into several subjects and ideas, things you find in the everyday as well as the deeply philosophical, presented in a way you may never have heard before. In our time, we often find ourselves on one extreme or the other, politically, ideologically, religiously, making relationships difficult. This book attempts to tackle some of the things hiding behind these differences in an attempt to find cohesion rather than dispute.

Another issue in our time is the way authority often behaves and our reaction to it. Teachers often tell us what to think, rather than how to think. We are told to believe something, not because weve been told why its believable but simply because they say so. Our reaction has been blunt, brutal honesty, as well as skepticism. A decent response to make, though it additionally separates us from one another. This book is an attempt to do some right where much has gone wrong, discussing ideas rather than forcing ideologies.

Come away from this book with lots of new ideas and much to ponder.

Adam Poelstra is a layman and amateur whose growing reputation as an objective and rational thinker has convinced him he has something good to share with the world. Steeping himself in authors such as C.S. Lewis and G.K. Chesterton, he loves thinking in and outside the box. He works with his family in their organic and natural food business Taste of Life, which they own and run in Monument, Colorado.

▼▲
I'm the author/artist and I want to review The Art of Balance: And New Ideas for a New Time - eBook.
Back
Back