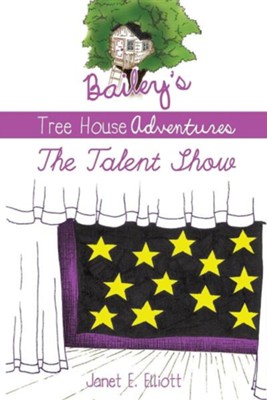 ▼▲
This captivating story tells the tale of Bailey and her class talent show. Confused and worried because she doesn't think she has a talent, Bailey suddenly finds herself swept away from her worries on a Western adventure that reveals far more than she could have expected Janet Elliott skillfully weaves spiritual and moral lessons through the fabric of the story in such a way that young readers will be caught up in the plot line but will be strengthened in biblical truths as well. Facebook page http //www.facebook.com/BaileysTreeHouseAdventures Email janet@landmarkworship.org The author, Janet Elliott at home in Montana with her dogs, Jazzy (a black cockapoo) and Tyson (a white morkie).

▼▲
I'm the author/artist and I want to review Bailey's Tree House Adventures.
Back
×