Skip to main content
SPRING CYBER EVENT STARTS NOW: And it's a really BIG deal! Up to 88% off through 5/24>
Babe: The Gallant Pig - eBook
By: Dick King-Smith
Illustrated By: Maggie Kneen
Stock No: WW76541EB 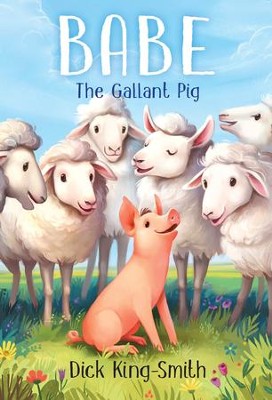 ▼▲
Dick King-Smith was born and raised in Gloucestershire, England. After twenty years as a farmer, he turned to teaching and then to writing children’s books that have received critical acclaim on both sides of the Atlantic. Among his well-loved novels are Babe: The Gallant Pig, Harry’s Mad, Martin’s Mice, Ace: The Very Important Pig, The Robber Boy, The Invisible Dog, Three Terrible Trins, Harriet’s Hare, The Stray, A Mouse Called Wolf, and Mr. Ape. Mr. King-Smith passed in away in 2011, but his stories live on.

▼▲
I'm the author/artist and I want to review Babe: The Gallant Pig - eBook.
Back
Back