EARLY CHRISTMAS SALE: Shop over 900 items up to 85% off through 9/29 >
Give the Best Away: The Story of One of Britain's Most Generous Philanthropists
By: Rosemary Lancaster MBE, Murray Watts 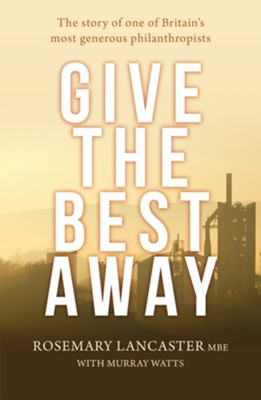 Give the Best Away: The Story of One of Britain's Most Generous Philanthropists

▼▲
Rosemary was born at the end of the Second World War. She grew up in a poor family in Clitheroe, struggling for survival in the era of ration books and austerity. But Rose was destined for something astonishing and inspiring, far beyond even her wildest dreams. John Lancaster, whom she married, left school without qualifications, clearly a loser. But he had an amazing ability to fix machines and invent things. He would go on to corner the market in conservatory roofing systems; his company became a world leader, floating on the stock market for £136 million. They were multi-millionaires. The pair, both committed Christians, set about giving away their astonishing fortune, starting with their employees. They set up the Lancaster Foundation, with Rose in charge, purchased an emergency plane for Mission Aviation Fellowship, and started the first village for destitute AIDS victims in South Africa. They did not give and walk away: Rose found herself rescuing children from the rubbish tips of Kenya. They have sponsored arts initiatives and major inner city regeneration projects in Manchester. They are one of Britain's generous philanthropists.

▼▲
Murray Watts is an experienced writer for stage, radio, television, film and animation. He is the author of more than a dozen books, including the novel, Miracle Maker, and was scriptwriter for the highly acclaimed film of the same name.

▼▲
I'm the author/artist and I want to review Give the Best Away: The Story of One of Britain's Most Generous Philanthropists.
Back
×