We are OPEN and SHIPPING - click here for shipping estimates
PRE-SUMMER CYBER SALE EXTENDED thru 6/1 ~ Over 2,500 items up to 90% off
Awakening the Evangelical Mind: An Intellectual History of the Neo-Evangelical Movement - eBook
By: Owen Strachan, R. Albert Mohler Jr. 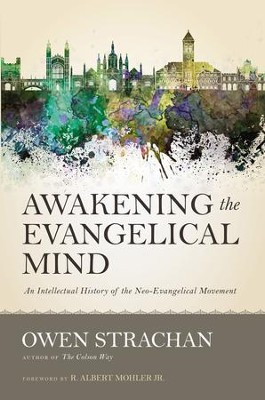 Awakening the Evangelical Mind: An Intellectual History of the Neo-Evangelical Movement - eBook

The first major study to draw upon unknown or neglected sources, as well as original interviews with figures like Billy Graham, Awakening the Evangelical Mind uniquely tells the engaging story of how evangelicalism developed as an intellectual movement in the middle of the 20th century. Beginning with the life of Harold Ockenga, Strachan shows how Ockenga brought together a small community of Christian scholars at Harvard University in the 1940s who agitated for a reloaded Christian intellect.

Owen Strachan is associate professor of Christian Theology and director of the Center on Gospel & Culture at Midwestern Baptist Theological Seminary. He is the president of the Council on Biblical Manhood and Womanhood. The author of seven books, he is married to Bethany and is the father of three children.

▼▲
I'm the author/artist and I want to review Awakening the Evangelical Mind: An Intellectual History of the Neo-Evangelical Movement - eBook.
Back
×
Back
×