Skip to main content
SPRING CYBER EVENT STARTS NOW: And it's a really BIG deal! Up to 88% off through 5/24>
Awake America: II Chronicles 7:14
By: Barlane Ronald Eichbaum
Stock No: WW718268 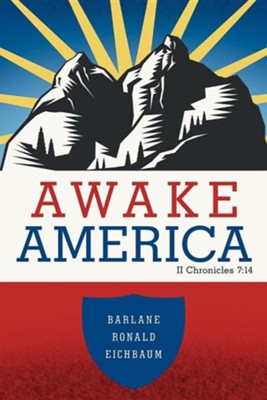 ▼▲
The United States entered the third century of its existence facing many social, political, and religious issues. Socialism, Communism, and terrorism are such threats. Christianity is not practiced as in the past. Many US citizens neglect the Word of God, and moral decay has risen rapidly. May our people seek God's direction, as per II Chronicles 7:14, so God will bless America and its future.
American patriots like Billy Graham, J. Edgar Hoover, and William Buckley expressed facts, thoughts, and quotations in the field of politics, religion, law, defense, energy, environment, and economics. Presently our military power is being reduced. Author Barlane Eichbaum relates biblical prophecy and writings on the Greek, Roman, and British empires to American maladies. These same signs of decay have led other once-great powers to their downfall. This historical and biblical perspective that Eichbaum possesses is a strong plus for Awake America.

▼▲
I'm the author/artist and I want to review Awake America: II Chronicles 7:14.
Back