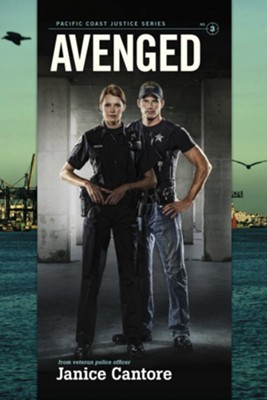 Officer Carly Edwards finds three young gangbangers shot execution style. This alerts Carly and her husband, Sergeant Nick Anderson, head of the gang unit, fear Las Playas may be on the verge of a gang war. The Las Playas Police departmentD is put on high alert as tensions escalate between rival gangs, especially after Carly confiscates weapons from a gang leader and learns they were stolen from a military base along with explosive devices.

However, something doesn't add up,and Carly suspects there might be more going on than is on the surface. As she prepares to testify at a major trial, Carly’s reputation is shredded by a reporter apparently trying to discredit her professionally. Facing pressure on all fronts, Carly must rely on faith and trust God in a deeper way during one of the biggest struggles of her career.

▼▲
I'm the author/artist and I want to review Avenged, Pacific Coast Justice Series #3 - eBook.
Back
Back