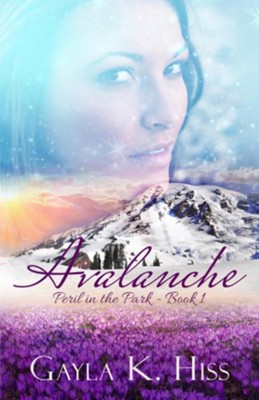 ▼▲
When Park Ranger Jenny Snowfeather runs into Deputy Marshal Chase Matthews at her brother's Fourth of July barbecue, she suspects there is more going on in Eagle Valley, WA than fireworks. After Chase confides that he believes the fugitive who killed his partner may be hiding out in the area, Jenny is skeptical at first. But when her peaceful town is besieged with a sudden crime spree, she realizes Chase's theory may be true. As the manhunt advances to the rugged backcountry of North Cascades National Park, Jenny is confronted with her past mistakes. But she soon discovers the greatest threat of all is losing her heart to Chase, who is obsessed with capturing the fugitive at all costs. Risking everything to help Chase find the man who could kill them both, Jenny's faith is put to the test. Like an avalanche waiting to happen, their path is fraught with danger. Will the enemy get away with murder? Will Jenny and Chase reach freedom and safety, or be buried alive? They must tread carefully. One step in the wrong direction could mean the difference between life and death.

▼▲
I'm the author/artist and I want to review Avalanche: A Contemporary Romance W/Suspense.
Back
×