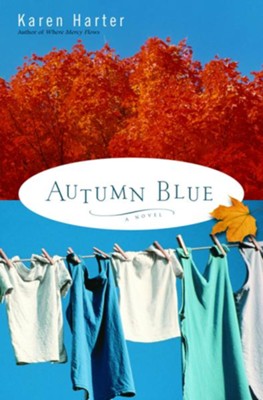 ▼▲
Single mom Sidney Walker is starting to wish she had accepted the marriage proposal from her ex boyfriend, Jack. However, she finds Sheriff's deputy Alex Estrada more to her liking, although he's a tough cop who has a special grudge against attractive women. Sidney's attentions are forced from her live life, though, when her teenage son Tyson ends up on the wrong side of an armed robbery. Ty winds up missing for over a week and implicated in another crime, as Sidney struggles to give enough attention to her other children. Unlikely characters come to Sidney's aid as she struggles to save her son and have enough faith and hope for both of them. Karen Harter, softcover, 292 pages.

▼▲
An authentic tale of the bonds of family, faith, and trust. As single mother Sidney Walker struggles to save her troubled young son, she finds she is not as alone as she thinks when help comes from the most unexpected person.

▼▲
I'm the author/artist and I want to review Autumn Blue: A Novel - eBook.
Back
Back