Skip to main content
The Autobiography of Saint Therese: The Story of a Soul - eBook
By: John Beevers
Stock No: WW14937EB 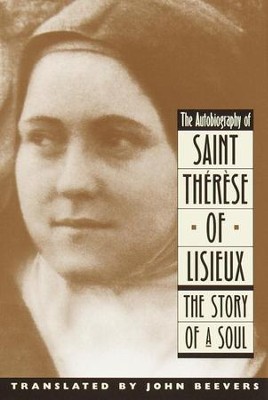 The Autobiography of Saint Therese: The Story of a Soul - eBook

Few spiritual figures have touched as many readers in the past century as Saint Therese of Lisieux, the saint popularly known as the Little Flower. Though she was only twenty-four years old when she died, her writings have had tremendous impact, making her one of the most popular spiritual writers in the twentieth century. Her autobiography, The Story of a Soul, has been a source of priceless inspiration ever since it was written, and has become the great spiritual bestseller of our time. A hundred years after her death in 1897, millions of copies have spread throughout the world and it has been translated into more than fifty languages.

The reason for the continued success of her autobiography is, quite simply, that it is unlike any work of devotion and spiritual insight ever written. Once it is read, it cannot be forgotten. Its appeal across cultures and generations has been extensive, moving both peasants and popes, men and women, young and old—people of every kind of intelligence and education succumb to its spell. Yet is not a conventional work of religious devotion; instead, it is in many ways a supernatural book. In the words of Pope Pius XI, Saint Therese "attained the knowledge of supernatural things in such abundant measure that she was able to point out the sure way of salvation to others," and it is especially in The Story of a Soul that she has pointed out this sure way to the generations that have followed her. As Therese herself said of this book just prior to her death, "What I have written will do a lot of good. It will make the kindness of God better known."

▼▲
John Beevers was born in 1911 in Yorkshire. He received his MA from Queens College in Cambridge in 1933, and began an extensive career in journalism, working with the BBC from 1941 to 1969. Although he privately wrote fiction and poetry, printing a volume of poems under the pseudonym John Clayton, he is best known for his biographies of Roman Catholic saints. He died in 1975.

▼▲
"A wonderful story of love, told with such authenticity, simplicity and freshness that the reader will be nothing but captivated ... I would like to invite all of you to rediscover this great little treasure, this glowing commentary on the Gospel fully lived." –His Holiness Pope Benedict XVI

▼▲
I'm the author/artist and I want to review The Autobiography of Saint Therese: The Story of a Soul - eBook.
Back
Back