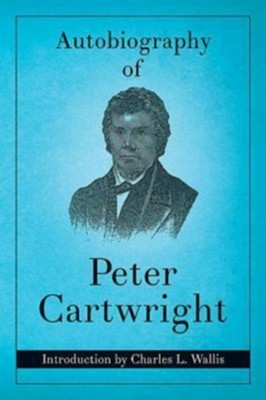 ▼▲
The Autobiography of Peter Cartwright is both a highly entertaining personal odyssey and a valuable chronicle of America in its infancy. Cartwright provides great insight into our nineteenth-century religious heritage, sharing adventure stories of life on the Methodist circuit in the American western districts.

▼▲
Peter Cartwright (September 1, 1785 – September 25, 1872) was an American Methodist revivalist and politician in Illinois. He helped start the Second Great Awakening and personally baptized twelve thousand converts. In 1828 and again in 1832 he was elected to the lower house of the Illinois General Assembly. As a Methodist Circuit Rider, Cartwright rode circuits in Tennessee and Kentucky.

▼▲
I'm the author/artist and I want to review Autobiography of Peter Cartwright, Reprint.
Back
×