Skip to main content
SPRING CYBER EVENT STARTS NOW: And it's a really BIG deal! Up to 88% off through 5/24>
The Authorized Biography of Jesus Christ: A new interpretation of the Gospel of St. Matthew - eBook
By: Mano Govindaraj
Stock No: WW33788EB 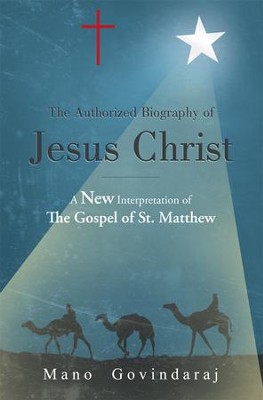 The Authorized Biography of Jesus Christ: A new interpretation of the Gospel of St. Matthew - eBook

▼▲
The author describes how as a high school student, he first met the scientific approach to the study of the Gospels and learned that the Gospel of St. Matthew was copied from an older document called Q. The question arose: if Matthew was a disciple of Jesus, why would he need another document to write about Jesus?

Analyzing its contents using principles of information assurance, Mano concludes that this gospel is in two parts. The first nine chapters happened before the call of Matthew, and the source of data is Jesus. After chapter ten, Matthew is the source of data. He recorded events as indicated by Jesus, including events after the arrest. This is the justification for calling it an authorized biography of Jesus Christ.

The Ascension is omitted. That significant omission proves that this gospel was not written by a later Christian believer or organization, but happened because Matthew ceased his diaries before the Ascension. These diaries were obtained by Christians many years later and recognized as a gospel.

▼▲
I'm the author/artist and I want to review The Authorized Biography of Jesus Christ: A new interpretation of the Gospel of St. Matthew - eBook.
Back
Back