Skip to main content
By Gods Authority: By Faith, Dreams Can Come True - eBook
By: Kathryn
Stock No: WW43312EB 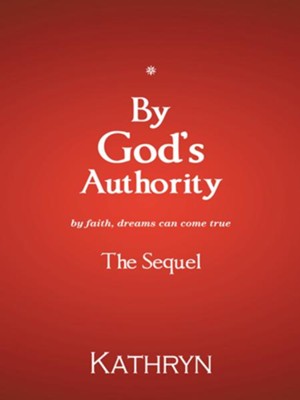 By Gods Authority: By Faith, Dreams Can Come True - eBook

▼▲
In addition to being born high-spirited, inquisitive and stubborn, Kathryn was also her parent's worst nightmare. She was ill from the day she was born. Her parents were unable to find any physician or surgeon who could find the root cause of her pain. The present medical profession had just begun to evolve at the time of her birth, as x-rays were still being read by holding them up to a ceiling light. Political correctness had not yet become a part of how the medical profession treated their patients or the parents of an ill child. The science of medical equipment and the repercussions from the physical symptoms of an ill individual progressed slowly. For within the human body, there were organs that could not yet be seen.

That would change, under God, in the United States of America. One of the beneficiaries of that change would be a girl named Kathryn

▼▲
I'm the author/artist and I want to review By Gods Authority: By Faith, Dreams Can Come True - eBook.
Back
Back