The Authority of the Believer: Principles Set Forth in the Epistle to the Ephesians
By: Rev. J.A. MacMillan 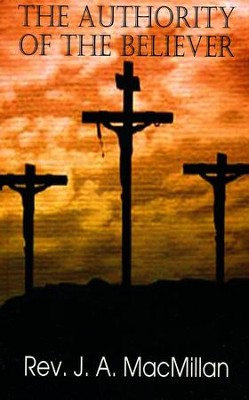 The Authority of the Believer: Principles Set Forth in the Epistle to the Ephesians

▼▲
There are few subjects relating to the Christian life concerning which there is so little exact knowledge as that of the Authority of the Believer. This is not because such authority is the property only of a few elect souls. On the contrary, it is the possession of every true child of God. It is one of the "all things received in Christ. Its reception dates from the soul's contact with Calvary.

John MacMillan was a Canadian Presbyterian businessman who became involved with ministry to Chinese and Jewish people in Toronto. Ordained at the age of 49, MacMillan and his wife traveled to China as missionaries with The Christian and Missionary Alliance. He later became field director of The Christian and Missionary Alliance in the Philippines.

▼▲
I'm the author/artist and I want to review The Authority of the Believer: Principles Set Forth in the Epistle to the Ephesians.
Back
×
Back
×