Skip to main content
Authority and the Sacred
By: Peter Brown
Stock No: WW595576 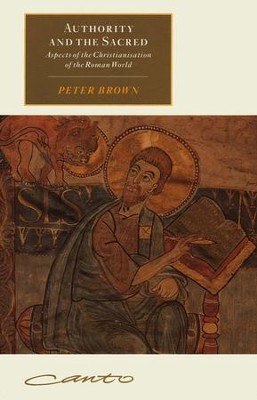 Authority and the Sacred

▼▲
The Christianisation of the Roman world lies at the root of modern Europe, yet at the time it was a tentative and piecemeal process. In this fascinating study, Peter Brown, a leading historian of the late antique world, examines the factors which proved decisive and the compromises which made the emergence of the Christian 'thought world' possible: how the old gods of the Roman Empire could be reinterpreted as symbols to further the message of the Church. Peter Brown also shows how Christian holy men were less representative of a triumphant faith than negotiators, at ground level, of a working compromise between the new faith and tranditional ways of dealing with the supernatural world. His illuminating analysis of religious change as the art of the possible has a wide relevance for other periods and regions. 91 page softcover from Cambridge University Press.

▼▲
The Christianization of the Roman world lies at the root of modern Europe. Peter Brown's fascinating study examines the factors that proved decisive and the compromises that made the emergence of the Christian conception of existence possible. He also shows how Christian holy men were less representative of a triumphant faith than negotiators of a working compromise between the new faith and traditional ways of dealing with the supernatural worlds.

▼▲
I'm the author/artist and I want to review Authority and the Sacred.
Back
Back