Skip to main content
BIG SUMMER BLOWOUT: Over 2,000 deals ~ up to 85% off, through 8/16. Shop now >
Reading Auschwitz with Barth: The Holocaust as Problem and Promise for Barthian Theology - eBook
By: Mark R. Lindsay
Stock No: WW107694EB 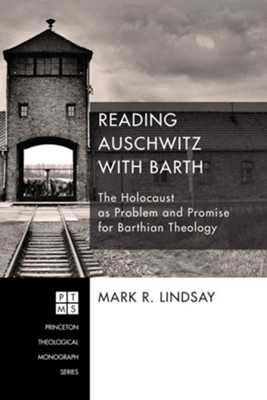 Reading Auschwitz with Barth: The Holocaust as Problem and Promise for Barthian Theology - eBook

▼▲
It has been widely accepted that few individuals had as great an influence on the church and its theology during the twentieth century as Karl Barth (1886-1968). His legacy continues to be explored and explained, with theologians around the world and from across the ecumenical spectrum vigorously debating the doctrinal ramifications of Barth's insights. What has been less readily accepted is that the Holocaust of the Jews had an equally profound effect, and that it, too, entails far-reaching consequences for the church's understanding of itself and its God. In this groundbreaking book, Barth and the Holocaust are brought into deliberate dialogue with one another to show why the church should heed both their voices, and how that may be done.

▼▲
Associate Professor Mark R. Lindsay is Director of Research at MCD University of Divinity. He is the author of two earlier books on Karl Barth--Covenanted Solidarity: The Theological Basis of Karl Barth's Opposition to Nazi Antisemitism and the Holocaust (2001), and Barth, Israel and Jesus (2007)--as well as numerous chapters and articles on Barth, Bonhoeffer, and post-Holocaust theology.

▼▲
I'm the author/artist and I want to review Reading Auschwitz with Barth: The Holocaust as Problem and Promise for Barthian Theology - eBook.
Back
Back