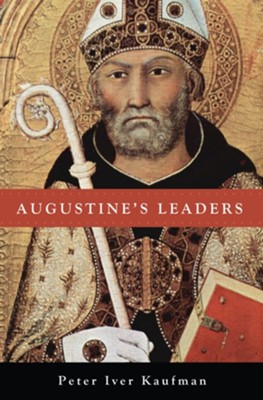 ▼▲
In Augustine's Leaders, Peter Iver Kaufman works from the premise that appropriations of Augustine endorsing contemporary liberal efforts to mix piety and politics are mistaken--that Augustine was skeptical about the prospects for involving Christianity in meaningful political change. His skepticism raises several questions for historians. What roles did one of the most influential Christian theologians set for religious and political leaders? What expectations did he have for emperors, statesmen, bishops, and pastors? What obstacles did he presume they would face? And what pastoral, polemical, and political challenges shaped Augustine's expectations--and frustrations? Augustine's Leaders answers those questions and underscores the leadership its subject provided as he continued to commend humility and compassion in religious and political cultures that seemed to him to reward, above all, celebrity and self-interest.

▼▲
Peter Iver Kaufman is Charles Matthews and Virginia Brinkley Modlin Professor at the University of Richmond and Professor Emeritus, University of North Carolina at Chapel Hill. His essays on Augustine have appeared in The Cambridge Companion to "The City of God", Journal of Late Antiquity, and Church History as well as in several of his books, Redeeming Politics (1990); Church, Book, and Bishop (1996), and Incorrectly Political (2007).

▼▲
I'm the author/artist and I want to review Augustine's Leaders - eBook.
Back
Back