Skip to main content
Augustine the Theologian
By: Eugene Teselle
Stock No: WW9109189 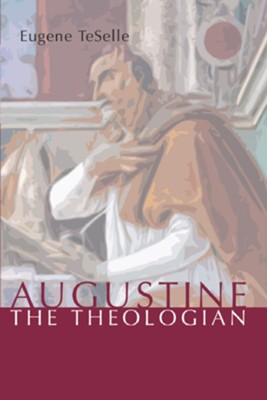 ▼▲
Description: In Augustine the Theologian Eugene Teselle surveys the whole of Augustine's theological achievement, viewing it not according to the rubrics of later systematic theology, as it is so often viewed, to the detriment of both Augustine and ""theology,"" but as an inquiry progressing according to the problems with which Augustine was concerned and the historical challenges he faced. Teselle sketches the broad outlines of Augustine's thought in six major periods, periods characterized by the basic orientations in the often perplexing variety of Augustine's writings. This comprehensive method brilliantly delineates Augustine the theologian at work. It provides the framework of his problems, showing what is taken for granted, what options are at hand, what resources Augustine has for affecting a resolution. It is a sourcebook of the nature of the theological enterprise, one which may aid the present generation to think problems through once again with a measure of the breadth and originality Augustine exemplified. It is the inward history of a brilliant mind, a mind many complexities of which are still veiled by chronological unknowns, but which always gains by careful estimations like TeSelle's. It is above all a reliable guide to the major themes in the constantly developing thought of this major Christian thinker, a co-dweller with us in an age of philosophical and theological uncertainties.

▼▲
I'm the author/artist and I want to review Augustine the Theologian.
Back