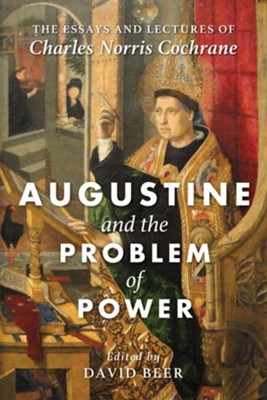 Augustine and the Problem of Power: The Essays and Lectures of Charles Norris Cochrane - eBook

▼▲
More than seventy years after his untimely death, this collection of essays and lectures provides the first appearance of Charles Norris Cochrane's follow-up to his seminal work, Christianity and Classical Culture. Augustine and the Problem of Power provides an accessible entrance into the vast sweep of Cochrane's thought through his topical essays and lectures on Augustine, Roman history and literature, Niccolo Machiavelli, and Edward Gibbon. These shorter writings demonstrate the impressive breadth of Cochrane's mastery of Greek, Roman, and early Christian thought. Here he develops the political implications of Christianity's new concepts of sin and grace that transformed late antiquity, set the stage for the medieval world that followed, and faced the reactions of the Renaissance and Enlightenment. Cochrane analyzes the revival of classical thought that animated Machiavelli's politics as well as Gibbon's historiography. Written amid the chaos and confusion of depression and world war in the twentieth century, Cochrane's writings addressed the roots of problems of his own "distracted age" and are just as relevant today for the distractions of our own age.

▼▲
Charles Norris Cochrane (1889-1945) was Professor of Roman History at University College, University of Toronto. He was the author of Thucydides and Science of History (1929) and Christianity and Classical Culture: A Study of Thought and Action from Augustus to Augustine (1940).   David Beer is Assoicate Professor of Political Science at Malone University. He is a graduate of Georgetown University and Catholic University of America.

▼▲
I'm the author/artist and I want to review Augustine and the Problem of Power: The Essays and Lectures of Charles Norris Cochrane - eBook.
Back
Back