We are OPEN and SHIPPING - click here for shipping estimates
Augustine on Evil
By: G.R. Evans 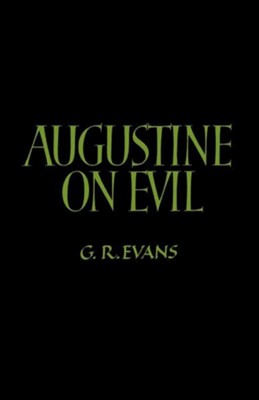 ▼▲
Augustine, perhaps the most important and most widely read Father of the Church, first became preoccupied with the problem of evil in his boyhood, and this preoccupation continued throughout his life. Augustine's ideas about evil were to mark out the boundaries of the problem for those who came after him; his influence was greater and more widespread than any other early Christian thinker and is still of importance both with those who agree with him and with those who do not. Augustine's personality, so loveably and intricately revealed in his Confessions, has always made him a figure of intense interest.

▼▲
I'm the author/artist and I want to review Augustine on Evil.
Back
×