Skip to main content
SPRING CYBER EVENT STARTS NOW: And it's a really BIG deal! Up to 88% off through 5/24>
Augustine of Hippo: His Philosophy in a Historical and Contemporary Perspective
By: Virgilio Pacioni
Stock No: WW447376 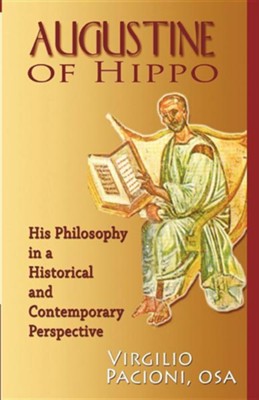 Augustine of Hippo: His Philosophy in a Historical and Contemporary Perspective

▼▲
Saint Augustine's philosophy, often only studied in a particular historical context, has once again shown itself to be extraordinarily modern. Virgilio Pacioni, an Augustinian scholar at the Patristic Institute Augustinianum in Rome devoted to this great Father of the Church, takes advantage of two avenues of interpretation to examine Augustine's philosophical thought: an anthropological one benefitting from the innovative analyses of Nello Cipriani (who was initially inspired by the insights of Gerard O'Daly), and a formal, logical one enhanced by the contributions of Michele Malatesta. Cipriani's research has made it possible to take a new look at all the branches of philosophy relating to anthropology - concerning the notion of human nature, the conception of history, and political questions. Malatesta's studies and, in particular, the pioneering articles on the Contra Academicos, have provided the rigorous tools needed to understand logic, especially that of the Stoics, used by the Bishop of Hippo. Thus we have been able to discover that Augustine the rhetorician was also a rigorous master of logic who did not base rational investigation on feeling or improvisation.

▼▲
I'm the author/artist and I want to review Augustine of Hippo: His Philosophy in a Historical and Contemporary Perspective.
Back