We are OPEN and SHIPPING - click here for shipping estimates
PRE-SUMMER CYBER SALE EXTENDED thru 6/1 ~ Over 2,500 items up to 90% off
St Augustine of Hippo: Life and Controversies
By: Gerald Bonner 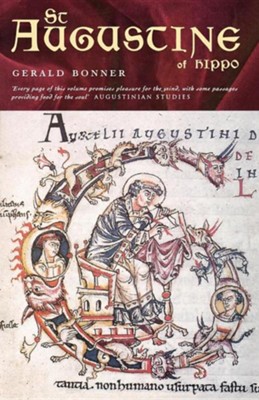 ▼▲
St Augustine (354-430) is one of the towering figures of church history, widely regarded as the greatest of the early theologians. This study focuses on three major disputes in which he engaged: against the Manichees who denied the essential goodness of creation; against the Donatists with their exclusive views of the church; and against the British scholar Pelagius who in modern times is being rescued from his reputation as a heretic and is now thought to have said some good things. Gerald Bonner admits to having changed his views of Augustine and these disputes over the years; here we have the mature, considered reflection of a lifetime's work and study in this area.

▼▲
I'm the author/artist and I want to review St Augustine of Hippo: Life and Controversies.
Back
×