Skip to main content
SPRING CYBER EVENT STARTS NOW: And it's a really BIG deal! Up to 88% off through 5/24>
Augustine of Canterbury: Leadership, Mission and Legacy
By: Robin Mackintosh
Stock No: WW255340 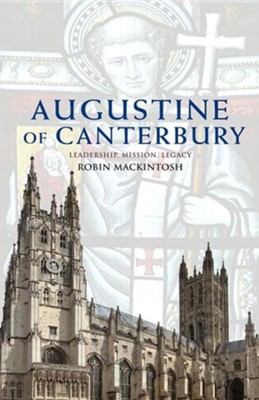 ▼▲
Augustineâ€™s mission to Roman Britain in 597 at the behest of Pope Gregory the Great was one of the pivotal events in the history of English Christianity and crucial to its subsequent survival and expansion. Yet little is known about Augustine himself and even less about the leadership he exercised in mounting a mission to the Anglo-Saxon people, or the monastic spirituality that energised the enterprise.

This book sifts and evaluates recent and varied sources to produce a more coherent narrative of the events that led to Augustineâ€™s mission, his complex political and geographical journey through Merovingian France, and the outcomes in Kent and ultimately for British Christianity. Critical leadership issues are considered as they arose on the journey to Kent, together with the spiritual resources available for this bold and unprecedented venture, and Augustineâ€™s legacy as the first Archbishop of Canterbury is reassessed.

Written by an experienced teacher and adult educator, this book explores the significance of the first Archbishop of Canterbury and the Anglo-Saxon Church of his day for the life and mission of Christianity in contemporary Britain.

▼▲
Robin Mackintosh is Full-time Director of Licensed Ministries & Warden of Readers, Canterbury Diocese and an Honorary Canon of Canterbury Cathedral.

▼▲
"This is not a dry academic study, but an accessible, and in many places exciting, read for anyone who has an interest in the character, story or legacy of Augustine."

▼▲
I'm the author/artist and I want to review Augustine of Canterbury: Leadership, Mission and Legacy.
Back