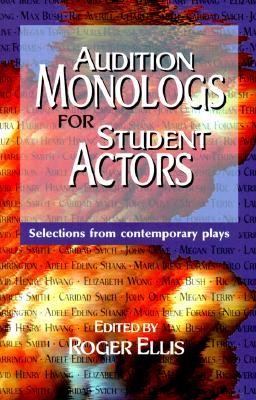 ▼▲
The monologs in this new text are highly original works not found in other published versions. All are from very recently produced plays from both established and emerging new writers. The fifty selections are specifically suited to auditioning. The monologs in this collection are for actors 15 to 30 years of age, suitable for competitive auditioning, class or studio work, or general reading. About two-thirds of the selections are for women, and about one-third are specifically for minority actors. These monologs address the major trends and conflicts of today, through revealing glimpses of society as we know it. Includes the work of forty-seven contemporary American playwrights. A must for any auditioning actor or theatre student. Featuring monologs from: Retro and Sea of Forms by Megan Terry, Voice of the Prairie by John Olive, Night Luster by Laura Harrington, Stuck by Adele Edling Shank, Punk Girls by Elizabeth Wong, Sunday Sermon by David Henry Hwang, Abingdon Square by Maria Irene Formes, Les Trois Dumas by Charles Smith, Prodigal Kiss by Caridad Svich, Rough Stock by Ric Averill and many more.

▼▲
I'm the author/artist and I want to review Audition Monologs for Student Actors: Selections from Contemporary Plays.
Back