We are OPEN and SHIPPING - click here for shipping estimates
PRE-SUMMER CYBER SALE EXTENDED thru 6/1 ~ Over 2,500 items up to 90% off
Auden, The Psalms, and Me - eBook
By: J. Chester Johnson 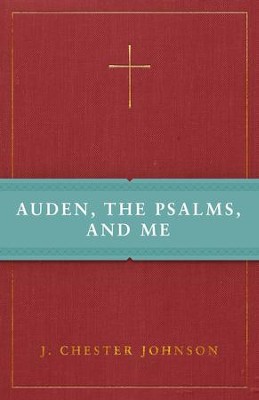 Auden, The Psalms, and Me - eBook

▼▲
• A “first person narrative,” key to the work and prayer of the current Book of Common Prayer • Appeal to those interested in literature or in the history of the BCP In the nearly 40 years since the advent of the 1979 Book of Common Prayer, the retranslation of the Psalter created for that book has become a standard, used not only by Episcopalians, but adopted by others into their own worship service books and liturgies. Now J. Chester Johnson, one of the two surviving members of the Committee that produced the retranslation, has agreed for the first time to calls to tell the story of this Psalter and the little-known but vital part played in it by acclaimed poet W. H. Auden, whom Johnson replaced on the committee when Auden decided to return to live in England. Despite Auden’s ambivalence about changes in the Episcopal Book of Common Prayer, he wrote associated articles and poems, authored many letters—some of special liturgical and spiritual significance— and attended Psalter drafting committee meetings. Auden, The Psalms, and Me not only illuminates this untold part of the Episcopal Psalter story but also describes the key elements that drove the creation of this special retranslation.