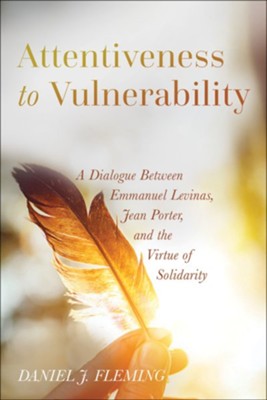 This book is an attempt to develop a dialogue between the philosophy of Emmanuel Levinas, Jean Porter’s Thomistic theory of the natural law, and the virtue of solidarity as expressed in Catholic Social Teaching. It seeks to explore the implications that such a dialogue would have for our understanding of moral reasoning.

Attentiveness to Vulnerability rests on the hypothesis that it is possible to develop a set of robust links between these thinkers and bodies of thought—markedly different as they are in terms of philosophical disposition and framework. Such links specify the ethical implications of Levinas’ thought and develop Porter’s theory in an original way. This work requires further specification through a developed anthropology, which allows for expansion within the tradition of Catholic theological ethics. The inclusion of Levinas and a focus on the virtue of solidarity allows for an advancement of virtue theory and theological ethics, to the extent that the virtue of solidarity becomes a key aspect of any ethical reasoning.

▼▲
I'm the author/artist and I want to review Attentiveness to Vulnerability.
Back
×