Skip to main content
OUR BIGGEST BARGAIN SALE EVER: Over 6,000 deals at never-seen-before prices ~ through 8/23. Shop now >
Atonement and the New Perspective: The God of Israel, Covenant, and the Cross - eBook
By: Stephen Burnhope
Stock No: WW109640EB 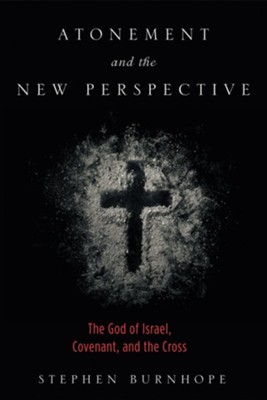 Atonement and the New Perspective: The God of Israel, Covenant, and the Cross - eBook

▼▲
Atonement has been described as the central doctrine of Christianity and yet, surprisingly, the church has never insisted on a particular understanding of how redemption in Christ was achieved. Instead, a miscellany of metaphors has been employed, each picturing "something" of Christ's work. Recent debate within Reformed Evangelicalism has been characterized by claims for hegemony to be granted to penal substitution versus counter-arguments for a kaleidoscopic, multi-model understanding. Notably absent in these discussions, however, are two considerations. One is any common nexus to draw atonement thought together. The other is any positive theological contribution deriving from God's preexisting relationship with Israel (the presumed role of which has rather been to provide a negative contrast of law-versus-grace and works-versus-faith, as the dark background against which the light of Christ may shine more brightly). Recent scholarship, however--particularly the "new perspective on Paul"--has comprehensively dismantled the old stereotypes concerning first-century Judaism. This book asks how differently we might think about the atonement once it is brought into conversation with the new scholarship. It concludes by proposing a "new perspective" on atonement in which Christ is central, Israel and Torah are affirmed, and the traditional metaphors continue to find their place.

▼▲
Stephen Burnhope and his wife Lyn currently serve as the Senior Pastors of Aylesbury Vineyard Church, in Buckinghamshire, UK.

▼▲
I'm the author/artist and I want to review Atonement and the New Perspective: The God of Israel, Covenant, and the Cross - eBook.
Back
Back