Skip to main content
SPRING CYBER EVENT STARTS NOW: And it's a really BIG deal! Up to 88% off through 5/24>
The Atonement: The Origins of the Doctrine in the New Testament
By: Martin Hengel
Stock No: WW000421 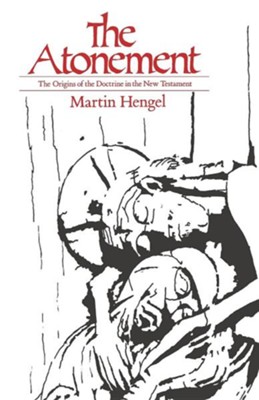 The Atonement: The Origins of the Doctrine in the New Testament

▼▲
In recent years it has been increasingly suggested in some quarters that the doctrine of the atoning death of Christ did not come into being in the earliest stages of Christianity; the first interpretation of Jesus is said to have been the image of him as the eschatological prophet, or the innocent man suffering wrongly. Against such views which might seem to devalue the doctrine of the atonement, Professor Hengel argues forcefully and with great scholarship that the doctrine of the atonement can be traced back to the earliest church, indeed to the sayings of Jesus himself.
The second part of the book is devoted to this quest, moving back from the letters of Paul, through the pre-Pauline tradition, to Jesus. It is fascinating in itself. However, what gives the book even greater appeal is its first part, in which Professor Hengel examines a wider area of classical antiquity. Would it have made sense to Greeks and Romans of the first-century to say that Jesus had died for them? Were there points of contact in their traditions? Surveying Greek and Latin literature, Professor Hengel shows just how widespread a theme 'dying for' actually was, from Homer, through the Greek tragedians and orators, to Plutarch, Livy and Caesar. Once again, he sheds new light on areas which might be thought to have been long since worked to death.

▼▲
I'm the author/artist and I want to review The Atonement: The Origins of the Doctrine in the New Testament.
Back