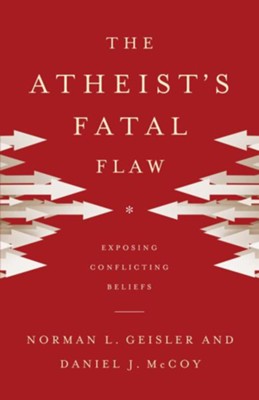 ▼▲
Most critiques of atheism focus on refuting head-on the claims of atheists. Instead, this unique book faithfully represents what atheists say they believe and stands back to watch as the natural inconsistencies in that worldview inevitably rise to the surface.

▼▲
Norman L. Geisler (PhD, Loyola University of Chicago) is Distinguished Professor of Apologetics and Theology at Veritas Evangelical Seminary in Murrieta, California. He is the author of more than eighty books, including When Skeptics Ask and The Big Book of Christian Apologetics.

▼▲
I'm the author/artist and I want to review Atheist's Fatal Flaw, The: Exposing Conflicting Beliefs - eBook.
Back
Back