We are OPEN and SHIPPING - click here for shipping estimates
God and the Atheist: A Lawyer Assesses the Evidence for the Existence of God - eBook
By: Paul Ferguson 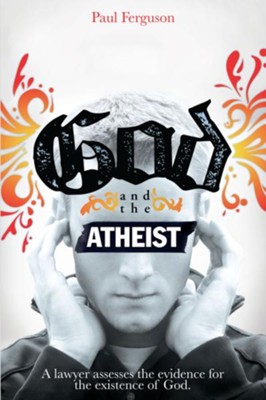 God and the Atheist: A Lawyer Assesses the Evidence for the Existence of God - eBook

▼▲
We are living in an increasingly secular age where man seeks to build his own life without recourse to his Creator God. Under the guise of rationalism Christianity is ridiculed as out of dateor irrelevant. God and the Atheist answers the most fundamental questions about Christianity, such as: How do we know there is a God? How do we know there is only one God? How do we know the Bible is the word of God? In each chapter, Paul Ferguson evaluates and sets out the evidence to answer the atheists objections to the existence of God. In a readable and humorous style he precisely builds a remorselessly logical case using his legal and scientific skills to guide the objective reader to discover the truth of who God is. Although the discussion often veers into the academic, Ferguson works hard to make it understandable to those without a scientific background.

▼▲
I'm the author/artist and I want to review God and the Atheist: A Lawyer Assesses the Evidence for the Existence of God - eBook.
Back
×
Back
×