Skip to main content
From Atheist to Ambassador: The First Sixty Years - eBook
By: James Hall
Stock No: WW67435EB 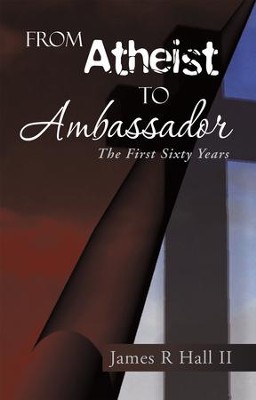 From Atheist to Ambassador: The First Sixty Years - eBook

Weve heard it said many times, When life hands you a bunch of lemons, just make lemonade. My question would be, What if you dont have any sugar?

On the outside he looked like just another little scrawny kid in the neighborhood who couldnt run as fast or keep up with the rest of the boys in their games. On the inside he had a dreadful disease that neither he nor his family fully understood, which one day would put him on a deathbed. On the outside, he looked like any other child playing in Sunday school and not giving his full attention when the preacher was preaching. On the inside of his mind were questions prompted by a picture being painted in front of him on a life-size canvas over the yearsquestions that would put his life on a journey from which few have safely returned.


Little did he know, he had a Travel Agent, and his travel plans had already been booked from birth. They would take him places and let him experience things that he would later write about in a book called From Atheist to Ambassador. Come and travel with the author as he shows you how God took one who was hopeless and turned him into one who now preaches hope. From one who spent countless days racked in pain from a disease the doctors said could not be cured, to one who is healed from the disease and now lays hands on the sick and watches God heal them.

What do you do when life gives you a bunch of lemons? You wait until God gives you honey from the Rock, and then you make a refreshing drink for all to enjoy.

▼▲
I'm the author/artist and I want to review From Atheist to Ambassador: The First Sixty Years - eBook.
Back
Back