Skip to main content
Atheism or Theism?: The Perspective of Said Nursi
By: Hakan Gok
Stock No: WW646790 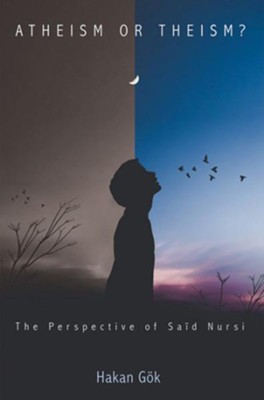 Atheism or Theism?: The Perspective of Said Nursi

▼▲
""Is there a God?"" is one of those irrepressible questions that has been debated throughout human history, with scholars from opposites camps making the case for or against the existence of God. It is a never-ending debate. This book first examines the theistic arguments developed by Islamic scholar Said Nursi in the twentieth century. Although his arguments initially seem to be mere presentations of well-established theistic arguments for God--such as teleological and cosmological, and arguments from miracles and morals--it is clear that Nursi takes a fresh approach to these existing philosophical defences. The book then analyses how Nursi tackles certain atheistic arguments--such as the problem of evil and the possibility of existence without a creator--and criticism leveled against the prophets and the Qur'an. ""Atheism or Theism is filled with new, interesting, and thoughtful observations and analyses for those interested in the traditional arguments for and against the belief in God's existence. The author has presented an analytical and critical stance on Nursi's approach on theism and atheism. It is highly recommended for those who are interested in philosophy of religion in general and Nursi's theology in particular."" --Dusmamat Karimov, University of Durham ""This is a very informative, well-balanced, and scholarly book on Said Nursi's philosophy. Dr. Gok makes a clear-cut presentation of Nursi's Risale-i Nur and presents a Nursian way of arguing for the existence of God, and answers the atheists' claims. It is a 'must read' for anyone who is interested in the God question."" --Omer Kuru, University of Aberdeen ""Dr. Hakan Gok's recent book plugs an important gap in the academia. It is a fresh and valuable contribution toward understanding Said Nursi and The Risale-i Nur. It gives a fair hearing to both atheism and theism and sets out Nursian arguments clearly. It is a very good read."" --Bekir C5;nar, Leeds Beckett University Hakan Gok is a Research Fellow at the Center for Governance, Leadership and Global Responsibility at Leeds Beckett University, UK.

▼▲
I'm the author/artist and I want to review Atheism or Theism?: The Perspective of Said Nursi.
Back