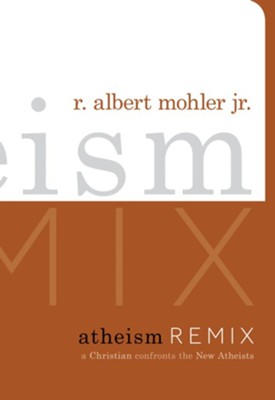 ▼▲
Wherever you look, it's easy to see that atheism today is more popular than ever. Popularized in books and films by Richard Dawkins, Daniel Dennett, Sam Harris and Christopher Hitchens, the "new atheism" is now widely respected and drawing people away from the redeeming work of Christ. Why has this new brand of atheism taken hold? What can Christians do to combat it? Dr. Albert Mohler, one of the leading Christian thinkers of our day, brings helpful perspectives and keen insight for understanding, challenging and countering this latest atheistic thinking. He explores the newest strain of atheism, the cultural conditions that have bred it and how Christians should respond.

A leading Christian intellectual explores the newest strain of atheism, its foremost thinkers, the cultural conditions that have bred it, and how Christians should respond.

Something has changed in American culture. What for years was a little-regarded belief system-atheism-has now gained a large, and increasing, national hearing through the writings of "new atheists" such as Dawkins, Dennett, Harris, and Hitchens.

Wanting to both inform and equip serious-minded Christians regarding this cultural shift, R. Albert Mohler Jr. explores the environment that has bred the "new atheism" while also introducing readers to the movement's four leading thinkers and the contours of their arguments. Mohler-deemed "the reigning intellectual of the evangelical movement in the US" by Time magazine-then uses this foundation to pinpoint eight major distinctives that make the new atheism new, and to discuss the future of Christianity in relationship to it.

At school and in the community, Christians are sure to encounter people who have been shaped by this strain of atheism. Here is keen insight that any believer can use to understand and challenge the new atheists.

▼▲
R. Albert Mohler Jr. (PhD, Southern Baptist Theological Seminary) serves as the ninth president and the Joseph Emerson Brown Professor of Christian Theology of Southern Seminary. Considered a leader among American evangelicals by Time and Christianity Today magazines, Dr. Mohler hosts two programs: The Briefing, a daily analysis of news and events from a Christian worldview, and Thinking in Public, a series of conversations with todays leading thinkers. He also writes a popular blog and a regular commentary on moral, cultural, and theological issues.

▼▲
I'm the author/artist and I want to review Atheism Remix: A Christian Confronts the New Atheists - eBook.
Back
Back