Skip to main content
At the Origins of Modern Atheism
By: Michael J. Buckley
Stock No: WW04897 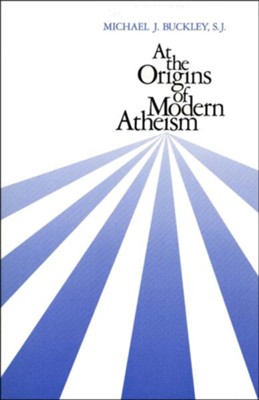 At the Origins of Modern Atheism

▼▲
In this book, Michael J. Buckley investigates the rise of modern atheism, arguing convincingly that its roots reach back to the seventeenth century, when Catholic theologians began to call upon philosophy and science--rather than any intrinsically religious experience--to defend the existence of god. Buckley discusses in detail thinkers such as Lessius, Mersenne, Descartes, and Newton, who paved the way for the explicit atheism of Diderot and D'Holbach in the eighteenth century.

The rise of atheism in the modern world is a religious phenomenon unprecedented in history, both in the number of its adherents and in the security of its cultural establishment.  How did so revolutionary a conviction as this arise?  What can theological reflection learn from this massive shift in religious consciousness?

In this book, Michael J. Buckley investigates the origins and development of modern atheism and argues convincingly that its impetus lies paradoxically in the very attempts to counter it.  Although modern atheism finds its initial exponents in Denis Diderot and Paul d’Holbach in the eighteenth century, their works bring to completion a dialectical process that reaches back to the theologians and philosophers of an earlier period.  During the seventeenth century, theologians such as Leonard Lessius and Marin Mersenne determined that in order to defend the existence of god, religious apologetics must become philosophy, surrendering as its primary warrant any intrinsically religious experience or evidence.  The most influential philosophers of the period, René Descartes and Isaac Newton, and the theologians who followed them accepted this settlement, and the new sciences were enlisted to provide the foundation for religion.

Almost no one suspected the profound contradictions that this process entailed and that would eventually resolve themselves through the negation of god.  In transferring to other areas of human experience and inquiry its fundamental responsibility to deal with the existence of god, religion dialectically generated its own denial.  The origins and extraordinary power of modern atheism lie with this progressive self-alienation of religion itself.

▼▲
I'm the author/artist and I want to review At the Origins of Modern Atheism.
Back