We are OPEN and SHIPPING - click here for shipping estimates
At the Bay: Short Story - eBook
By: Katherine Mansfield 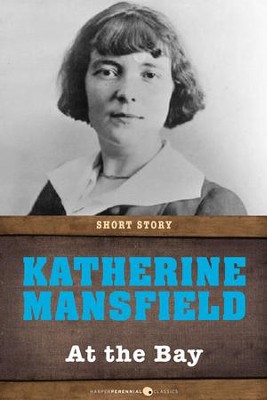 At the Bay: Short Story - eBook

With their annual vacation coming to an end, the Burnells and the Trouts spend the day at the beach. While the children dig for treasures in the sand, the adults ponder the fleeting nature of life and the best way to live.

Katherine Mansfield was a popular New Zealand short-story writer best known for the stories "The Woman at the Shore," "How Pearl Button Was Kidnapped," "The Doll’s House," and her twelve-part short story "Prelude," which was inspired by her happy childhood. Although Mansfield initially had her sights set on becoming a professional cellist, her role as editor of the Queen’s College newspaper prompted a change to writing. Mansfield’s style of writing revolutionized the form of the short story at the time, in that it depicted ordinary life and left the endings open to interpretation, while also raising uncomfortable questions about society and identity. Mansfield died in 1923 after struggling for many years with tuberculosis.