Skip to main content
Out of the Ashes: My Journey from Tragedy to Redemption - eBook
By: Elizabeth Fahn-Weedor
Stock No: WW73023EB 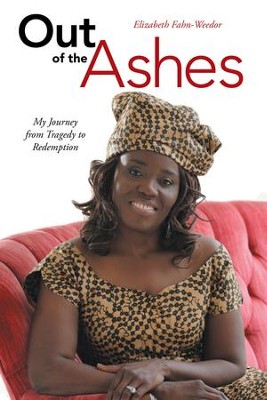 Out of the Ashes: My Journey from Tragedy to Redemption - eBook

Elizabeth Fahn-Weedor was born in Liberia into a Muslim family, but she later became a Christian. She fled her home country and traveled to the Ivory Coast, where she lived for three and a half years as a refugee due to one of Africas bloodiest and brutal civil wars. This civil war led to her toddler daughter coming close to death and being saved, through a miracle, in the killing fields. This experience left Elizabeth holding on tightly for dear life to her faith in God and being granted strength she had never known before.

Faith in Christ would bring redemption for Elizabeth and her family as they went through the painful fire of suffering and separation from loved ones who were still stranded in Liberia and as they escaped into a new life filled with many challenges in the United States. Elizabeth later served as a missionary in Ethiopia for four and a half years with her husband Anthony Weedor and their four children.

Because she grew up in a culture that did not believe and encourage the education of girls, Elizabeth got her early education through the courageous and financial assistance of her dearest grandmother, who stood fearlessly against a male-dominant society to make education a priority for her granddaughters.

Today, Elizabeth is benefiting from her grandmothers determination to give a girl an education. As a result of her grandmothers bold stance on impacting women in her culture, Elizabeth is determined to do likewise for girls and women who find themselves in similar traditional practices and worldviews, not forgetting violence against women. Elizabeth continues to serve in missions with her husband, Anthony, who is Africas desk director at Advancing Native Missions, based in Afton, Virginia.

▼▲
I'm the author/artist and I want to review Out of the Ashes: My Journey from Tragedy to Redemption - eBook.
Back
Back