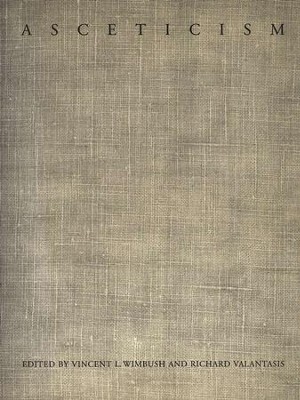 Sample Pages
Buy Item Our Price$98.75
In Stock
Quantity:
Stock No: WW151380
Oxford University Press / Paperback
Quantity:
Add To Cart
of These in Your Cart

▼▲
Because it is a universal phenomenon, in evidence in ancient as well as modern societies, and because it is often a dramatic, even controversial, part of religions and cultures, asceticism has long been the subject of popular and intellectual interest. In antiquity, various cultures usually registered such interest in homilies, philosophical or theological treatises, popular meditations, rituals, ecclesiastical canons, diatribes, letters, revelations, panegyrics, vitae. Numerous discussions about the importance of asceticism and debates about the superiorty and imperative different forms of renunciation can be found in these and other genres of literature of Eastern and Western religious traditions. This book contains 42 detailed essays rom numerous scholars on various aspects of asceticisms.

▼▲
From meditation and fasting to celibacy and anchoritism, the ascetic impulse has been an enduring and complex phenomenon throughout history. Offering a sweeping view of this elusive and controversial aspect of religious life and culture, Asceticism looks at the ascetic impulse from a unique
vantage point. Cross-cultural, cross-religious, and multidisciplinary in nature, these essays provide a broad historical and comparative perspective on asceticism--a subject rarely studied outside the context of individual religious traditions. The work represents the input of more than forty
preeminent scholars in a wide range of fields and disciplines, and analyzes asceticism from antiquity to the present in European, Near Eastern, African, Asian, and North American settings.
Asceticism is organized around four major themes that cut across religious traditions: origins and meanings of asceticism, which explores the motivations and impulses behind ascetic behaviors; hermeneutics of asceticism, which looks at texts and rhetorics and their presuppositions; aesthetics of
asceticism, which documents responses evoked by ascetic impulses and practices, as well as the arts of ascetic practices themselves; and politics of asceticism, which analyzes the power dynamics of asceticism, especially as regards gender, cultural, and ethnic differences. Critical responses to the
major papers ensure the focus upon the themes and unify the discussion. Two general addresses on broad philosophical and historical-interpretive issues suggest the importance of the subject of asceticism for wide-ranging but serious cultural-critical discussions. An Appendix, Ascetica Miscellanea,
includes six short papers on provocative topics not related to the four major themes, and a panel discussion on the practices and meanings of asceticism in contemporary religious life and culture. A selected bibliography and an index are also included.
The only comprehensive reference work on asceticism with a multicultural, multireligious, and multidisciplinary perspective, Asceticism offers a model not only for an understanding of a most important dimension of religious life, but also for future interdisciplinary study in general.

▼▲
"Forty-two beautifully printed essays....A well-nigh inexhaustible source for study and reflection, it belongs in every theological, and especially monastic, library."--Religious Studies Review
"An important book...for libraries with holdings in religious studies and the history of religions."--Choice
"...a wealth of information, insight, and intellectual provocation that will stimulate the thinking of many scholars, particularly those who study Christianity. It is required reading for any historian who studies asceticism, spirituality, or piety in Christianity--or, for that matter, in any
religious tradition."--Church History
"This monumental collection of essays adds new weight to the evidence for a surprisingly vigorous and growing interest in religious asceticism....Wimbush and Valantasis are to be commended for a remarkable accomplishment, both in staging a conference of such rich diversity and high quality and for
making its results available in a handsomely edited book."--The Catholic Historical Review

▼▲
I'm the author/artist and I want to review Asceticism, Softcover.
Back
Back